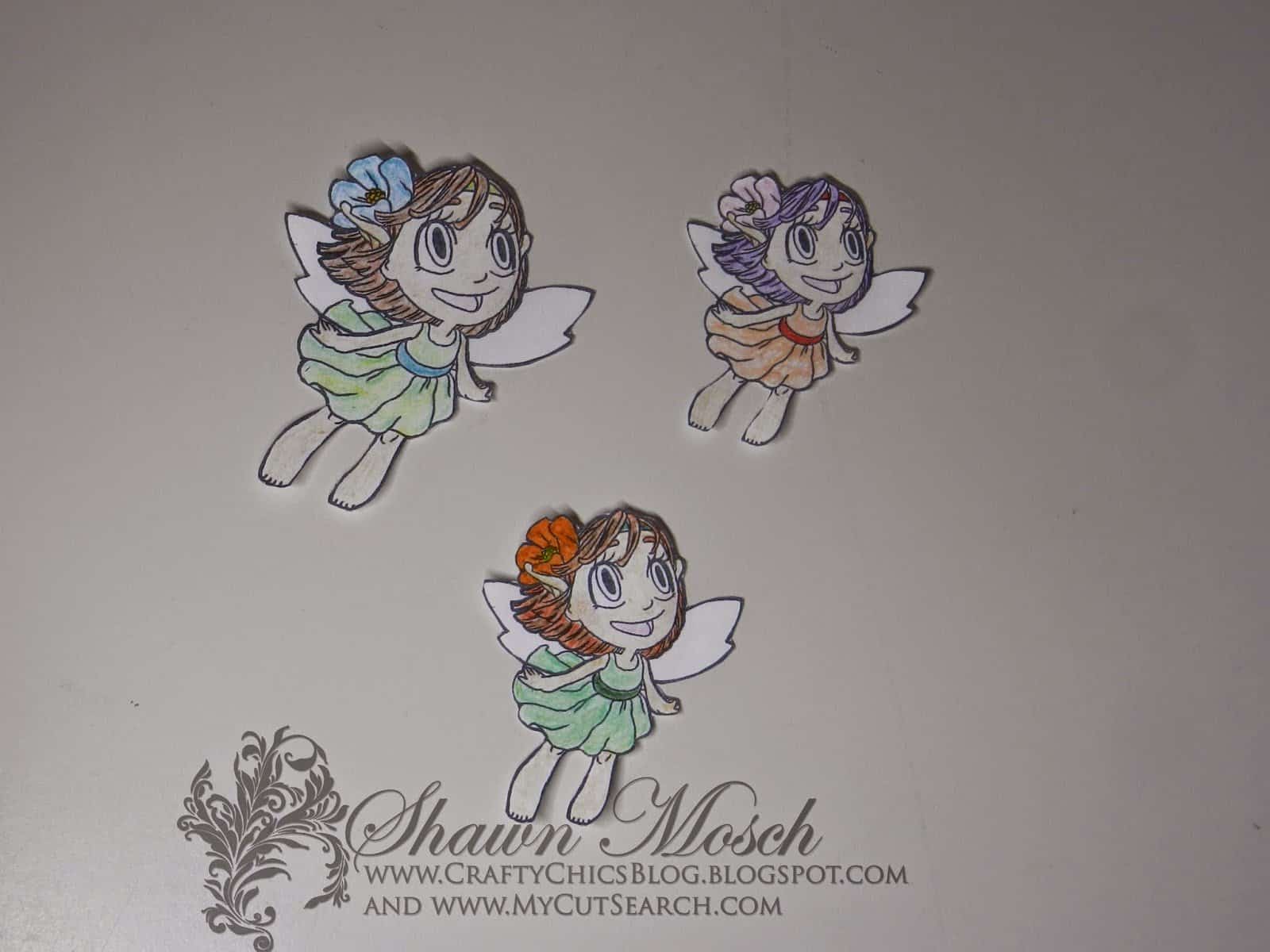 It has been SO LONG since I have crafted! I miss my craft room so much!

The other day while I was organizing some photos, I realized that I made this project before I had my surgery but never posted the photos.

I did this back when I was still suffering from extreme back pain, and I wanted to craft but needed to do a project where I could sit with the heating pad on my back for a while . . . so coloring these cute little fairies from Some Odd Girl seemed like the perfect project.

These are from the Fairy in Flight set.  I saw this set at CHA.  I love to stop by the Some Odd Girl booth.  My daughter had so much fun there when she came to CHA in 2014, and she was even featured on their blog . . . and the girls in the booth remembered her when I stopped by the following year!

I did some playing around with colors, and I ended up really liking the fairy in the green dress with the orange flower.  I colored the orange flower with a glitter Sharpie, so it has some extra shimmer and sparkle.

I have this little tradition going with one of my co-workers, where I make her little tags to hang in her cube for each month of the year.  This was for the March tag.  I thought this little fairy had an Irish feel to her, with the green dress, orange flower and reddish brown hair.

I cut a large circle from a Jinger Adams cardstock pack that I have, and offset the circle and trimmed the edges to match up with the tag.  In a gold ink, I stamped the word believe.  The finishing touches . . . a glitter vinyl shamrock I cut out and a yellow mini dimensional butterfly from Little B.

I think she turned out pretty cute.  My co-worker really liked her too.  It is fun to make quick little projects like this . . . especially when they brighten up someone’s day.