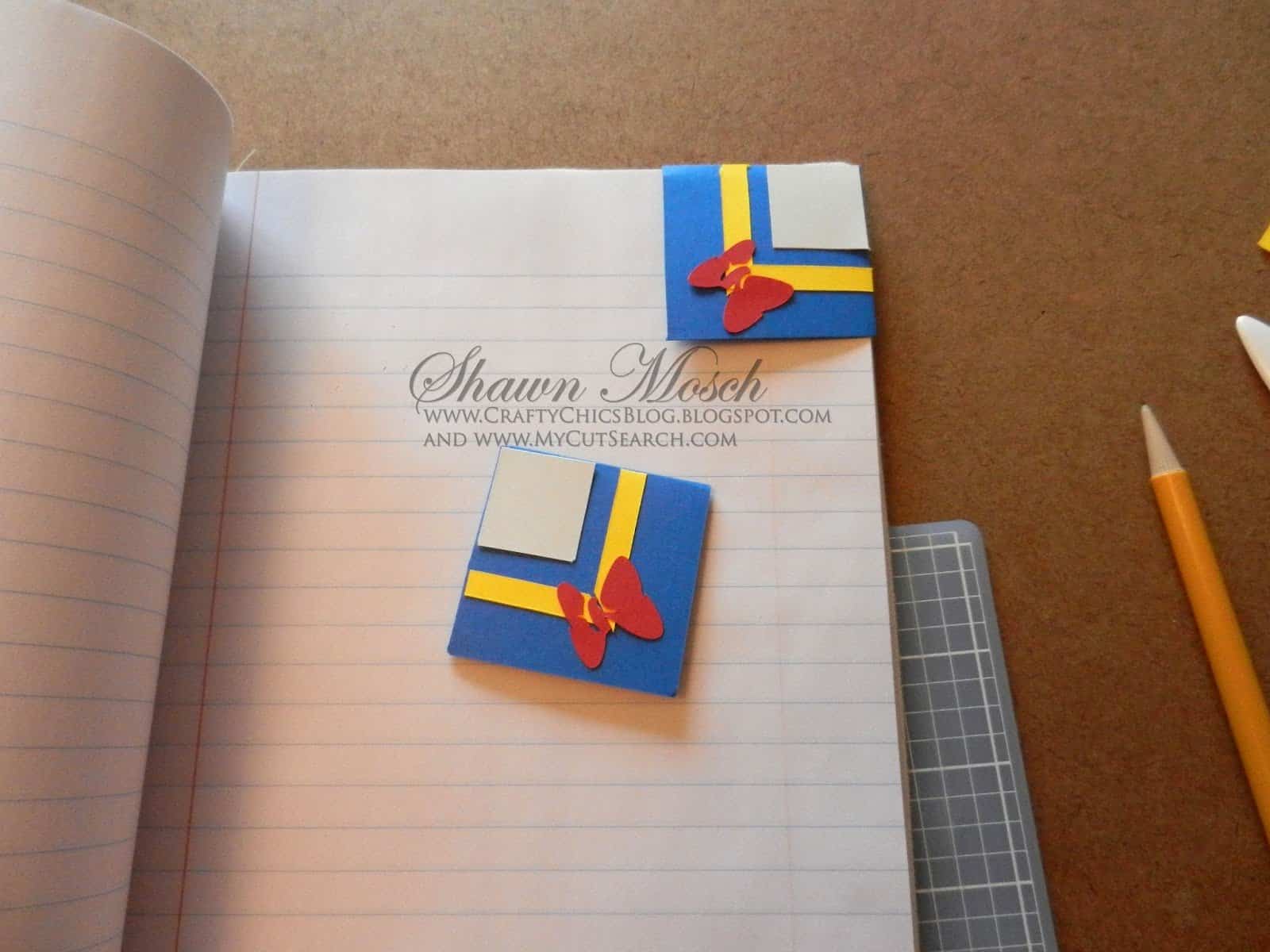 Disney and crafting are a magical combination, and we are so happy you joined us to day for this blog hop.  Some of the crafters participating in this event have been doing this together since 2011!  Over the years the hop has grown but one thing has always stayed the same . . . amazing crafting projects that feature your favorite characters from Disney and Pixar movies.

For 2016 we are going to have a hop every other month for the entire year!  If you missed the one of the hops we already had this year, you can still go back and see the projects.  For February click HERE and for April click HERE.  If you are on Facebook you can like the group page so that you can be the first to learn about each upcoming event.  Just click HERE to go the the Facebook page.

To start off, I made a little template of the base shape.  The front square is 2″ x 2″.  I actually made this entire pattern by making four 2″ x 2″ squares, and then trimming away the portions that I did not need.  Let me show you how

For the first step, draw four 2″ squares and place them in the arrangement shown below.

Next, divide the two squares on the sides in half.

Now you can start to trim away the parts you don’t need until you have a shape that looks like this.  It is basically a 2″ square with two triangles coming off the top.

I created this template on a sheet of tracing paper so I could use it again and again.

Choose your base color for the bookmark and cut the base shape out.  I made my base for this bookmark out of blue, just like Donald Duck’s shirt.

Next, fold the two triangle portion of this shape down, and glue one triangle to the other . . . but DON’T glue the triangle to the square.  Once you are done with this step, you should have a little “pocket” on the back of your square.  This pocket is what will slide over the corner of the page of the book.

Now to decorate it to look like Donald Duck!  I cut a piece of white cardstock 1″ x 1″ and glued that on top of the blue square.

Next I cut some yellow cardstock . . . for this I just cut a straight piece of cardstock and then placed it on the blue and trimmed it by hand to fit.

The last step was to cut Donald’s red bow from the Mickey and Friends Cricut cartridge.  I did this at 1″ with the Real Dial Size on, so that the actual bow would be 1″.

And there it is!  You could alter this same basic idea for any Disney character.  What character should I make next?

Before you go, make sure to enter to win our prize for this hop . . .

We have a paper and sticker variety pack from Reminisce!  There was so much I could not get it all into the photo.  These papers will be perfect for your Disney crafting.

Good luck, and enjoy the rest of the hop!

The full blog hop line up is below.