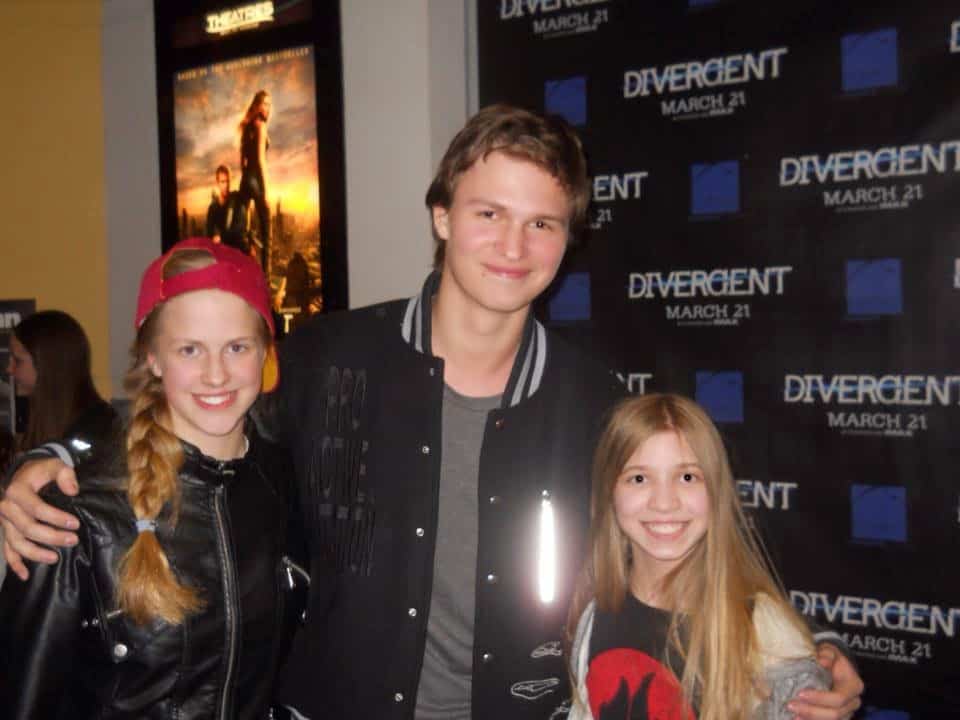 Have you read the book or seen the movie Divergent?  My daughter Beth is a fan of the books, and of course wanted to see the movie.  When there was a Red Carpet Premiere in our area she went to it with some friends so they could see the actors.  She knew that the actors always give out some tickets to see the movie that night to people in the crowd, and she asked me if she got picked from the crowd to get tickets would she be able to stay to actually SEE the movie . . . it would be late, and it was a school night.

Now, being that I am such a wonderful mother, and that I figured “what are the odds MY DAUGHTER will get picked out of a crowd of screaming girls” I said sure, she could stay to see the movie if she got picked.  Well, the movie was going to start at 7pm . . . at 6:50pm I got a text from her . . . “We got in!”

So I hung out at the mall for another 2 1/2 hours waiting for her and her friends to get done seeing the movie.

After the movie I got to hear the whole story . . . they were at the Red Carpet event and my daughter, who is under 5′-0″ tall, was feeling a little “squished” in the crowd.  Then they could see one of the actors, Ansel Elgort, coming down the Red Carpet.  All of the girls start to go crazy and my daughter had girls reaching over her head to try and reach out to Ansel . . . and then he stopped right in front of her, reached out his hand and put two movie tickets into her hand.  She was pulled from the crowd (with her friend) and got to have her picture taken with Ansel on the Red Carpet.

There is even a photo of her on Ansel’s Instagram Page at http://instagram.com/p/lLonqxLNWr/

Then my daughter saw a video on Ansel’s Instagram page . . . it is a video of the moment he gave her the tickets.  You cannot see her at first, because there is SUCH a crowd of people around her.  But at one point you can see her face in the crowd.  The girl in the red had is my daughter’s friend . . . look for her hat in the video and then look DOWN from that to see my daughter’s face in the video.  http://instagram.com/p/lNu14TLNXy/

We found a YouTube video of this . . . he tells the story of Beth in the crowd at 40 minutes into the video

you can head over to HER blog by clicking HERE.