Making my own stamp

I have never made a stamp before, so this was a totally new project for me. The reas

on for wanting to make

my own stamp is that my son is VERY into an Anime show called Naruto and I wanted to be able to put one of the symbols from the show onto items for him for Christmas presents. 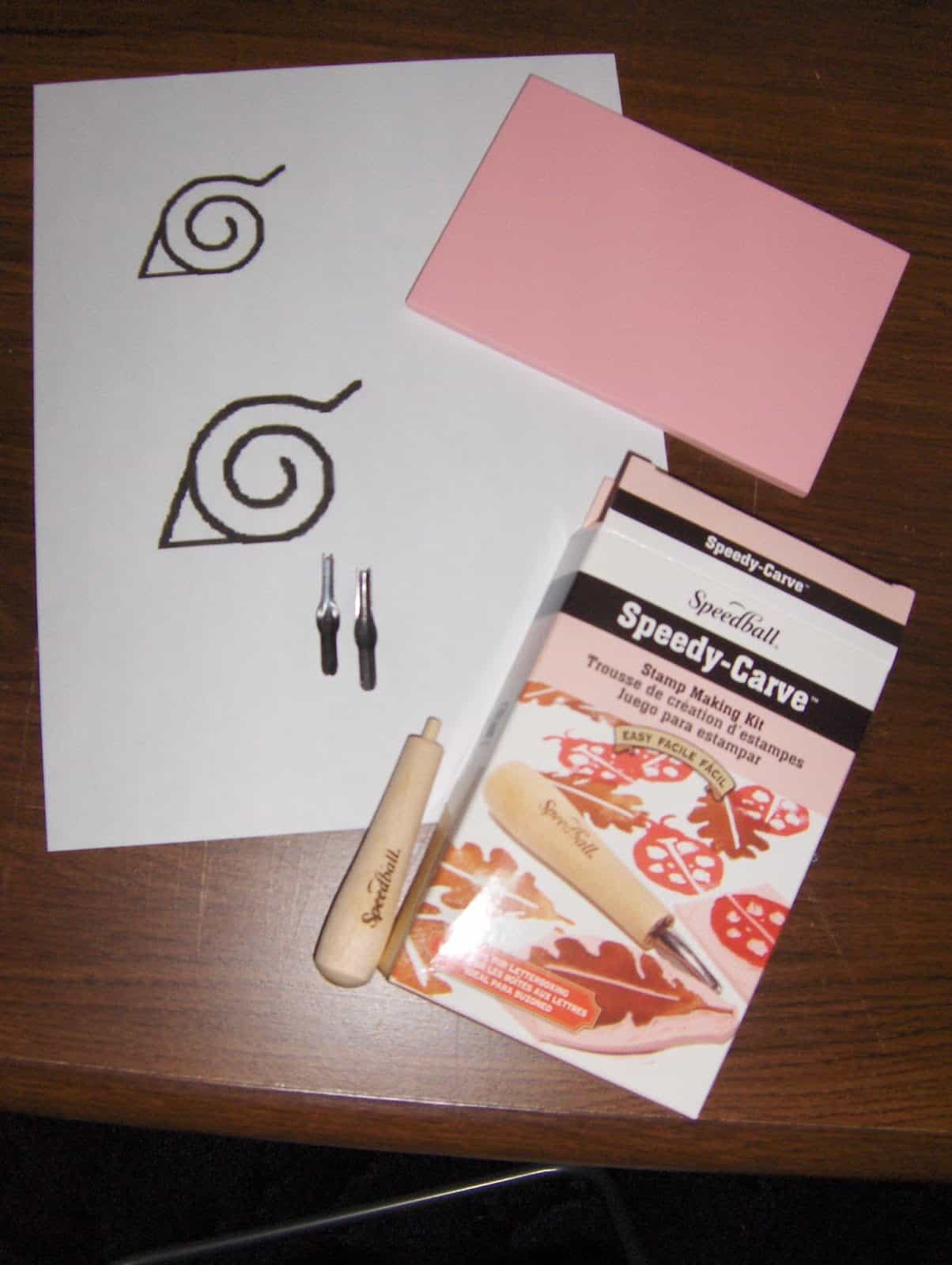 I purchased a Speedy Carve Kit which includes the block for the stamp, the wooden handle and two different blades to attach the the handle for carving the stamp. You can purchase them here. 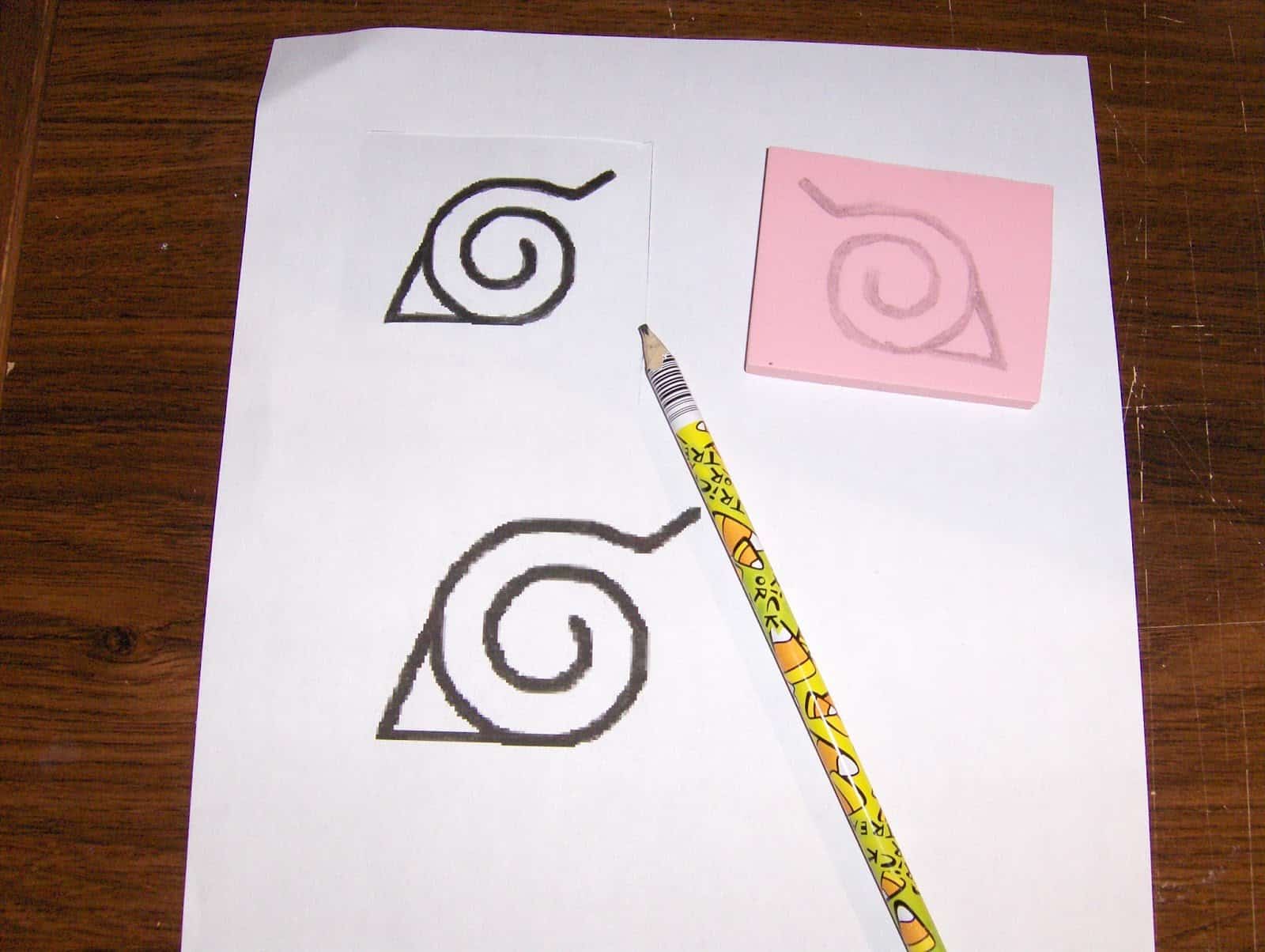 First I had to print out the image/symbol that I wanted on the stamp, and then cut a piece of the rubber block from the kit down to the size of the stamp. Once I had the image printed out, I traced over it in pencil, and then filled the image. Then I placed the image down on the rubber block and pressed firmly, and then rubbed my finger over the entire image to make sure that it transferred over. 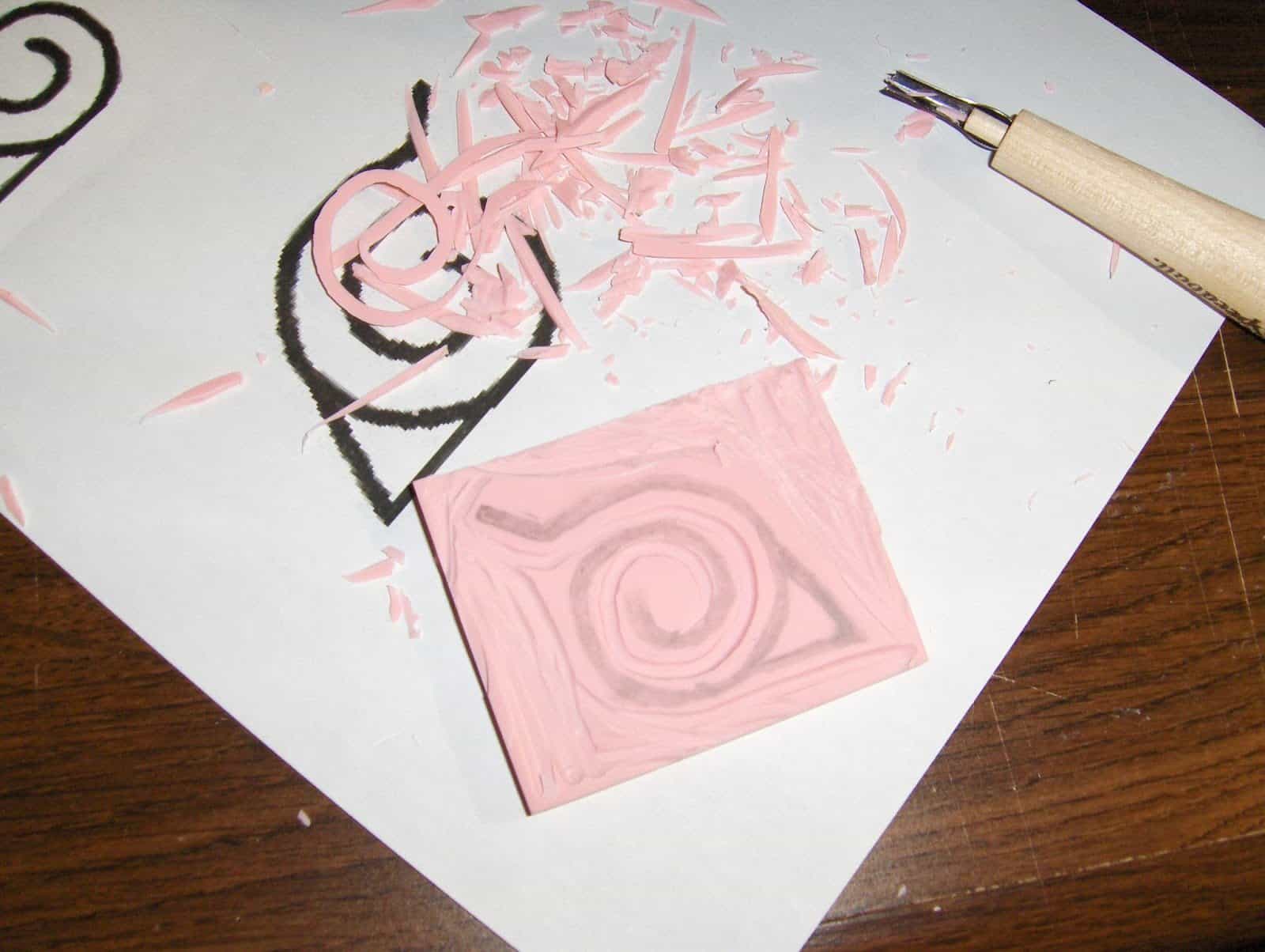 Actually, the tool is not that hard to use, but there is a learning curve. Start on a large open area to get the feel of the tool and do not press down too hard or you will just take big chunks out of the rubber and you will not have as much control over what you are carving away.

Remember, it is not important that the area outside of the image is perfectly smooth, just that anything you do not want to be stamped is lower than the image you are trying to create. 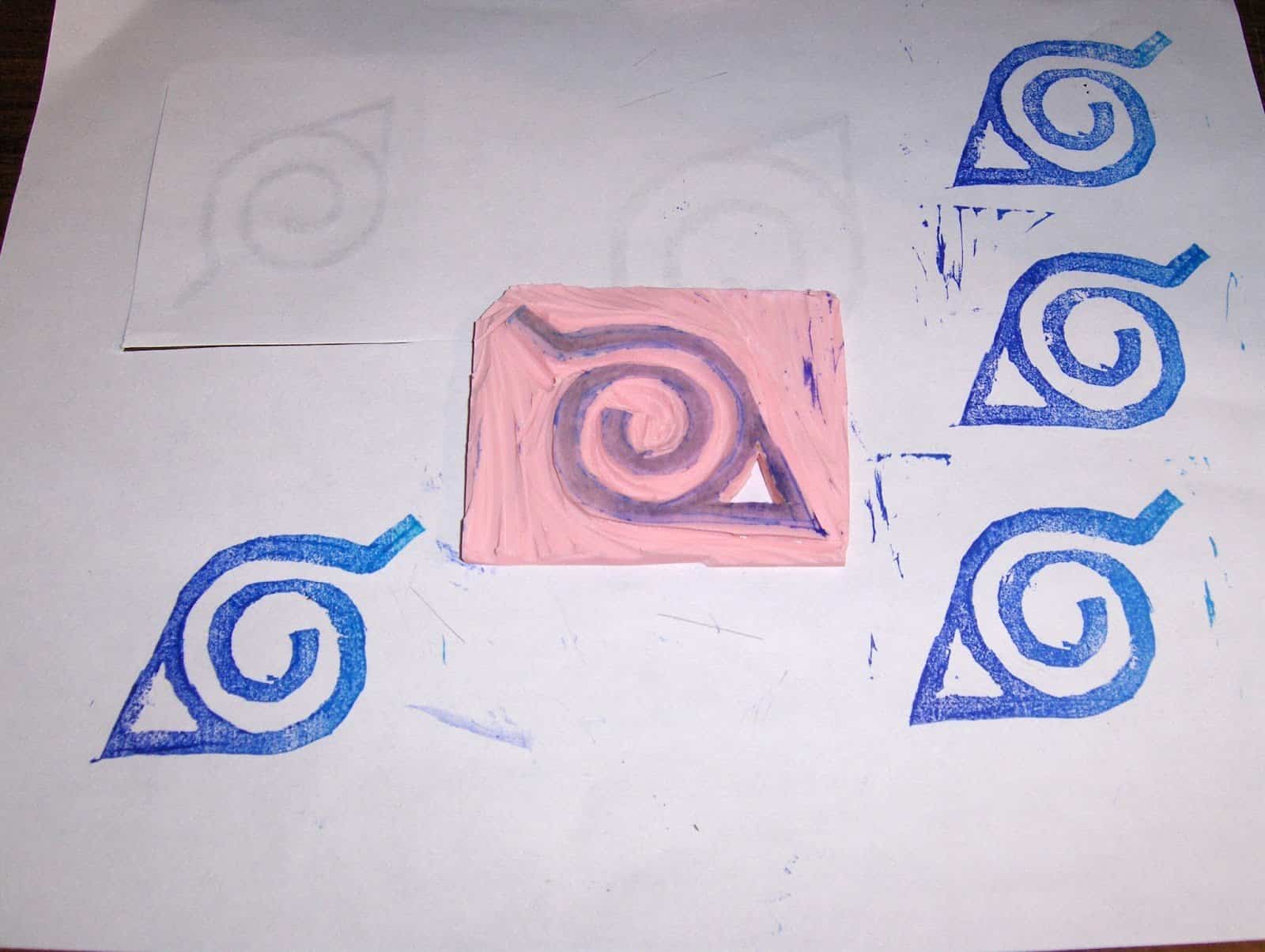 Every time that I thought I had the stamp complete, I would ink it up and do a test stamp, and then I could easily see the areas that were still too high and needed to be worked down. I did fine that when you were going along if you would angle down slightly as you were coming to the edge of the block and do not stop at the edge of the block, keep pushing the tool through the rubber as you angle down, this helped do that a “lip” did not form around the entire outer edge of the stamp.

The images on the right side in the picture above would be the “test” stamps, and as you can see there was some ink picked up by the pad around the outer edges, and I and to clean those up and trim things down until I got to the final image on the left side of the picture.

It may not be “perfect” but my daughter who is also into Anime thought it was good, and if the kids think it looks good that is all that really matters. Now I can use fabric paint and put this image on any number of things for my son. We could even use it to stamp on his wall if he wanted to. I already stamped it on some items, and I will show those off in another blog.

Remember, if you want to give this a try you can purchase the kit here.