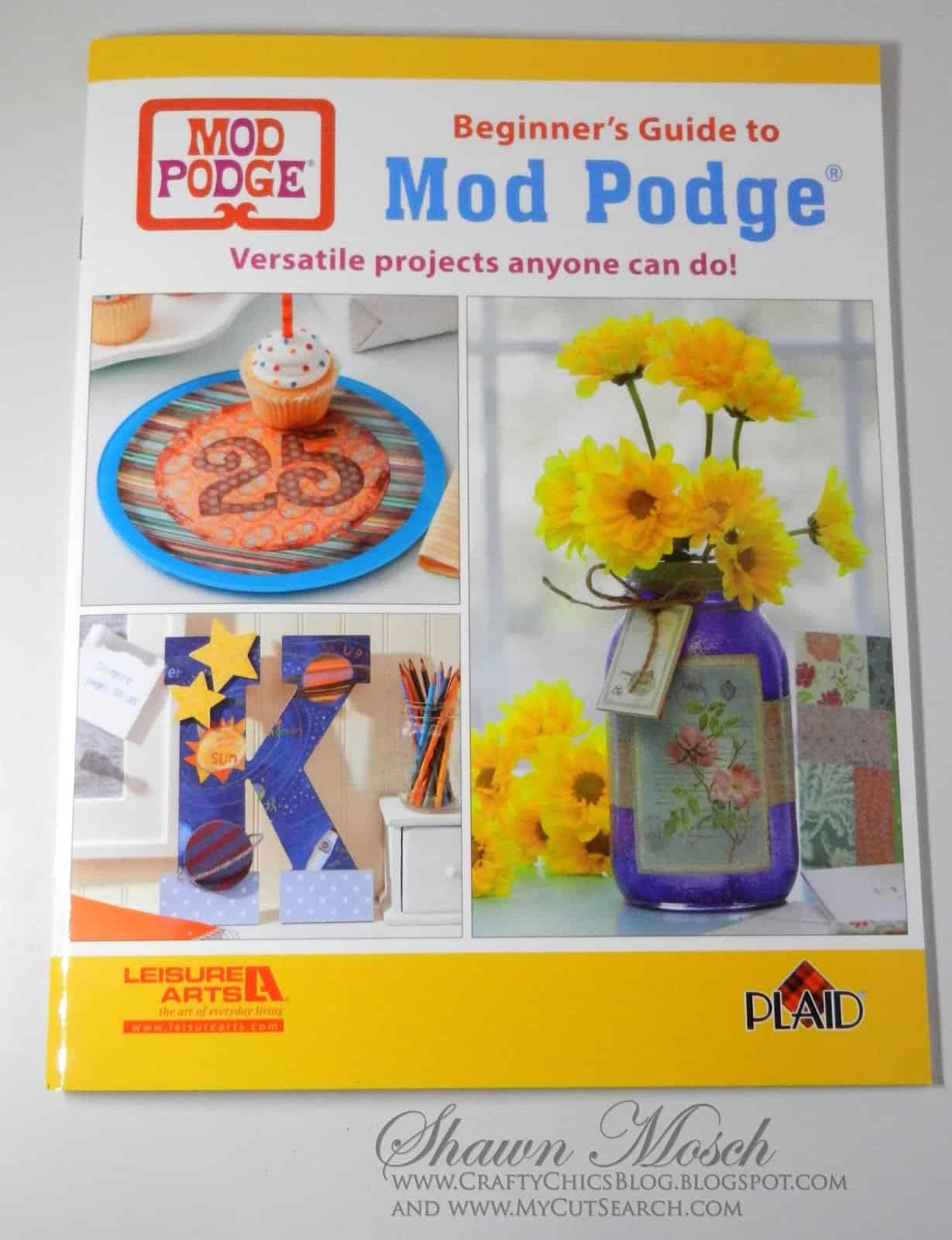 Have you been to LeisureArts.com?  They have crafting books to inspire you for a variety of crafting project.  Today I am going to share a project I made from the Beginner’s Guide to Mod Podge.

I am going to make the project in the lower left corner of the cover . . . the embellished letter.

I had some letters that I purchased a while ago.  I got them for less than $1 each in a clearance section.  I know . . . when you look at the letters below you are probably thinking “Shawn . . . WHAT are you going to spell with an E, V, Q and F?”

I used some Folk Art black paint to give the letters a base coat.  I did this because I did not want to have to cover the sides or the backs of the letters.  Also, this way if I did not cut the patterned paper perfectly to size you will see the black and not the chipboard color.

Next I covered the letters with some Disney patterned paper.  I found this paper at https://www.michaels.com/10462354.html  It is from the Sandylion brand.

Once it was attached with the Mod Podge I did a couple of layers of Mod Podge over the top to really seal things.

I attached a few glittered hearts to two of the letters with glue dots.

I love a project with a little sparkle.

After the project was complete, I placed it on the shelf in my bathroom.  When we purchased this house this bathroom was decorated in red and yellow . . . it was like it was just MEANT to be a Mickey Mouse/Disney bathroom!  You can see the Mickey Mouse towels I have if you look in the mirror.

I like this project because you can either do one letter, or a full word, and you can customize it to fit any theme you would like.

To make this project, or one of the other Mod Podge projects, make sure to check out the book at

LeisureArts.com  The books are filled with great projects, and they are marked as to which are easy and which are more advanced so you don’t jump into something harder than you can handle.  They also include great project photos to inspire you.

(tell them Shawn Mosch sent you)