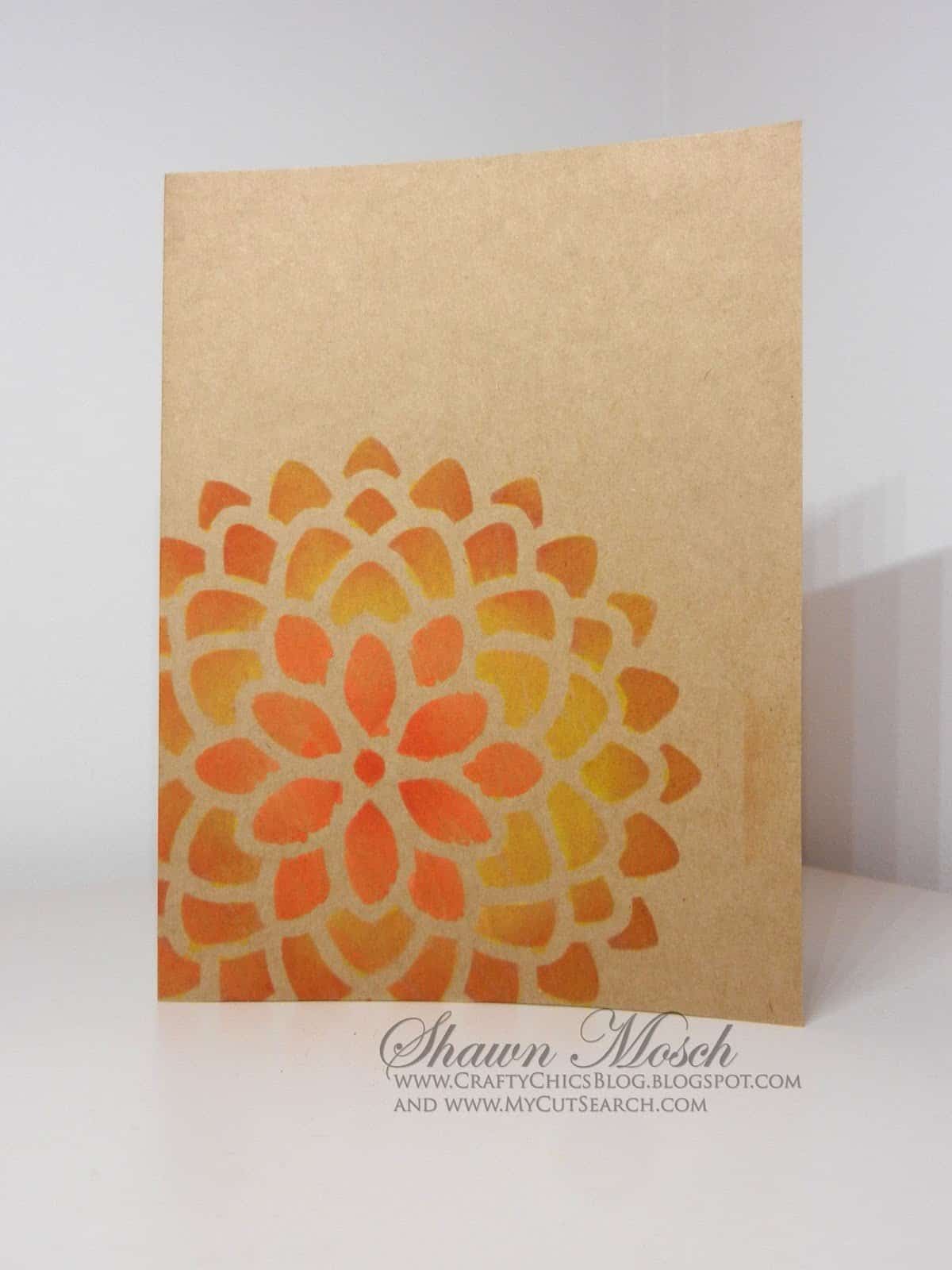 Let’s take this card for example.  I was inking up this beautiful flower using a stencil and you can see to the far right of the card some of my ink went off of the stencil.

At first I was so upset with myself, and I almost threw the card in the garbage.  But then I had an idea . . . what if inked over this smudge to hide it?

I grabbed some painter’s tape and ripped it to give an irregular edge to one side of the tape.  I then placed the tape so that the ink smudge was to the right of the tape.

Next, using some of the same inks that I used to create the flower, I inked in the area to the right of the painter’s tape.

Once I pulled the painter’s tape away, there was this border to the card.

It is not what I originally had planned for this card, but in the end it did turn out very nice.  If I had not shown you this full blog post you might not have ever known that there was a mistake that I was hiding under that beautiful border.