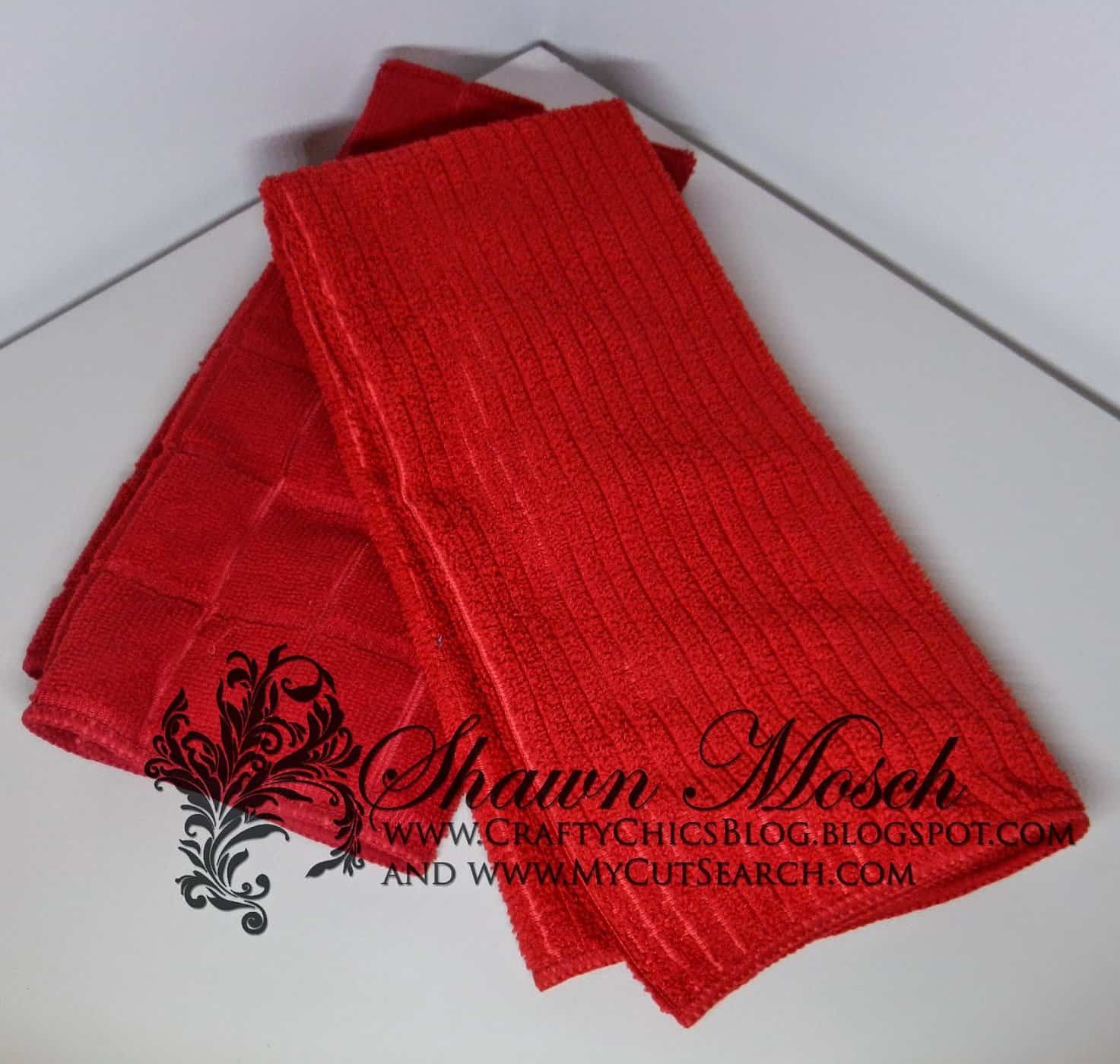 My niece recently started to play hockey, and my sister mentioned that it would be nice to have a towel to keep in her hockey bag to wipe off her skates after she gets off the ice.

Since I knew these towels were going to be used for wiping off hockey ice skates, I figured why go and spend a lot of money on really good towels.  I found these kitchen towels at the Dollar Store, and they were the perfect color too, since red is one of the team colors!

I used my Brother sewing machine, which has embroidery functions built right into it.  It comes with a couple of font choices and several images pre-loaded into it.  (including some DISNEY images)  I was going to include a Disney image on these towels, but then I decided just her name would be better for hockey towels.

I decided to do them at two different sizes also, just for variety.  I think they turned out really nice!