So, this is my crafting blog . . . but today I am going totally off topic.  I have to share with all of you the issues I have been dealing with recently.

I have been having issues with back pain for a while now.  Actually, it was almost a year ago now that I really started to notice that my back would be sore for 3 – 5 days at a time.  At first I blew it off thinking I was just sore from something I did . . . we were looking at selling our house at the time and we were packing a lot of stuff up so that we could get the house on the market . . . I assumed I lifted/moved wrong and that was the cause of the pain.  We ended up moving in September, and I was still kind of blowing off the pain to moving, packing and stress.

Then, while thinking back over things, I realized that the pain was coming the week before my period each month.  It was lasting for 3 – 7 days.  Now, this is not just a “oh, my back is a little tight” kind of thing.  I am talking about FULL FORCE pain that I can only describe as being equal to back labor.  This pain goes on 24/7 for the 3 – 7 day span.  The ONLY time I am not noticing the pain is when I am asleep (so I was taking a LOT OF NAPS!)

Another thing I started to notice in the fall of last year was that a few days before the back pain would kick in, I would feel like I was about to come down with a really bad cold.  You know that “this is just not right” feeling you get just a few days before you break out in bad cold/flu?  Well, now I was getting THAT for a few days BEFORE the back pain started.  There were even times I would be in bed feeling feverish.

So, a few days of feeling like I am getting sick

Followed by a week straight of back pain

Then a couple weeks of feeling “normal” and then it all starts again.

I thought I was going nuts!

I went in to the OB/GYN in February, and she had me go for an ultrasound to see if there was a cyst that could be causing this.  Oh, and in February the length of time that I was in pain doubled . . . it was just a couple days short of being 2 WEEKS of pain.  Ultrasound came back normal, so she put me on the pill to try and control my periods and my cycle . . . basically hoping that if my body thought I was pregnant I would not have the pain associated with getting ready to have my period.

I was telling one of my sisters all of this and she said “Did you here about those ladies on the news?  The ones that had Essure done?”  I said no.  She told me that there was a group of ladies on the news that were having side effects from Essure that were similar to mine.  I thought there is no way that could be the issue.  I had my Essure done in 2009 . . . 6 years ago!  I started to do some research.

I found story after story of women describing EXACTLY what I have been going through!  I still was not 100% sure though . . . these ladies must have gotten theirs done recently . . . there is no way anyone who had it done back in 2009 JUST started to have problems now . . . right?!?!

I was reading stories of women who had the procedure done in 2008 or 2009, but just started to have pains last summer.  That matches my timeline exactly!  I felt like I was reading someone telling my own personal story . . . that is how similar their stories were to what I am going through.

back pain a week before your period

This cannot be a coincidence that I am seeing the same issues as THOUSANDS of other women and the one thing we all have in common is that we had Essure!

Fast forward to today . . . I have been on the pill for a month now.  Today the pain was so bad that I took 2 Tylenol 3 by Noon just to be able to manage the pain so I could get through the work day.  I even commented to a co-worker around 2pm that I could still feel pain . . . it was “dulled” but I could still feel it after that amount of medication.

The solution? A hysterectomy to remove the Essure coils.  I have scheduled an appointment with my doctor to make plans to go down this path.  The sad thing is they cannot get me in to discuss my options until April 20th . . . which means another month with this pain.

If you know ANYONE that is even THINKING about using Essure as a permanent form of birth control, please tell them NOT TO DO IT! No woman should have to go through the pain I am going through!

PLEASE join me in spreading the word about this issue, by going to Erin Brochovich’s site and signing the petition against the makers of Essure! 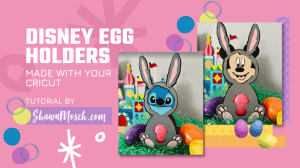